Coinbase, the largest US cryptocurrency exchange, missed market expectations. The share loses its value 6 times since November 8, 2021 and continues to decline.

May 11, 2022 / Nocashevents / Comments Off on Coinbase, the largest US cryptocurrency exchange, missed market expectations. The share loses its value 6 times since November 8, 2021 and continues to decline.

Coinbase shares plunged 17.4% before the bell on Wednesday after sliding 15% in extended trading when the company’s quarterly revenue missed market expectations and it swung to a loss as turmoil in global markets curbed investor appetite for for higher risk assets including cryptocurrencies. But that’s not the only problem Coinbase is facing.

Coinbase chief executive said a disclosure in its latest quarterly filing did not indicate the largest U.S. cryptocurrency exchange faced a bankruptcy risk, and it had been made to meet a regulatory requirement, according to Reuters.

Brian Armstrong’s comments on late Tuesday came after the company said in the event of bankruptcy, crypto assets held by the exchange could be considered property of the bankruptcy proceedings and customers could be treated as unsecured creditors.

An unsecured creditor would be one of the last to be paid in any bankruptcy and last in line for claims.

Coinbase said its disclosure might lead customers to believe that keeping their coins on the platform would be considered „more risky”, which would in turn materially impact its financial position.

What Armstrong (CEO and co-founder at Coinbase) said on Twitter after the disclosure: 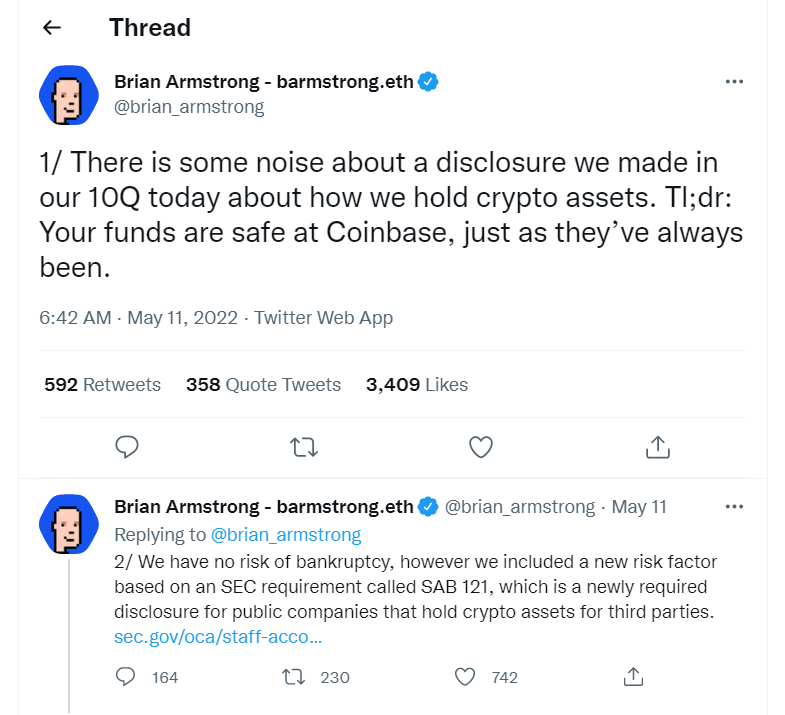 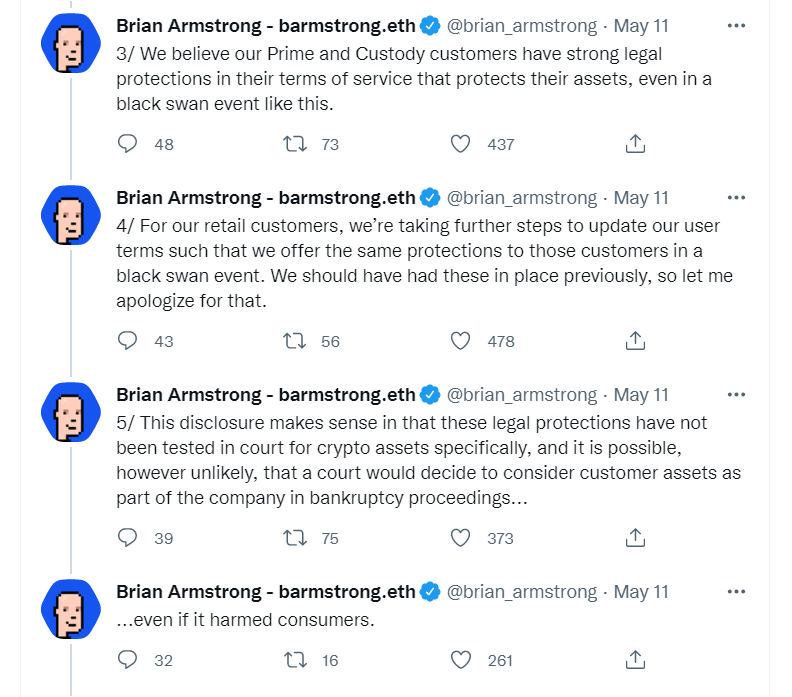 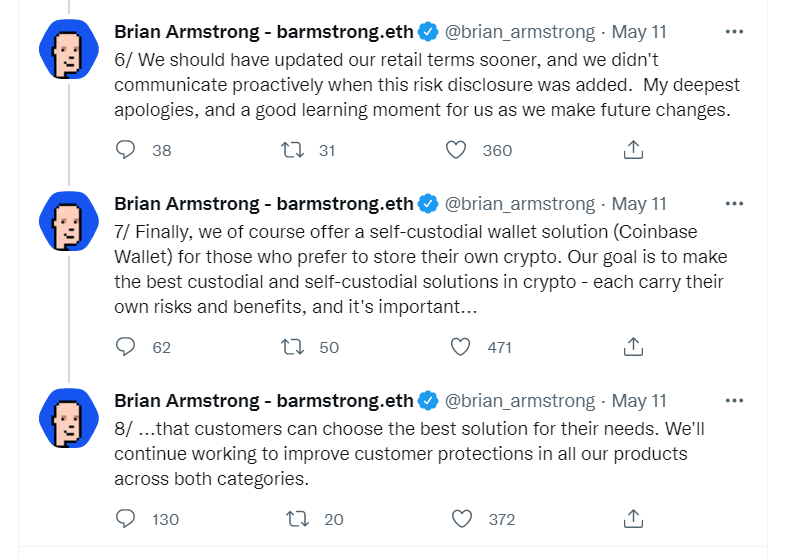 Coinbase shares have plummeted 71% so far this year, mirroring the drop in prices of major cryptocurrencies like bitcoin. In the last 52 weeks, Coinbase had the highest level at almost 370 USD / share on November 8, 2021. 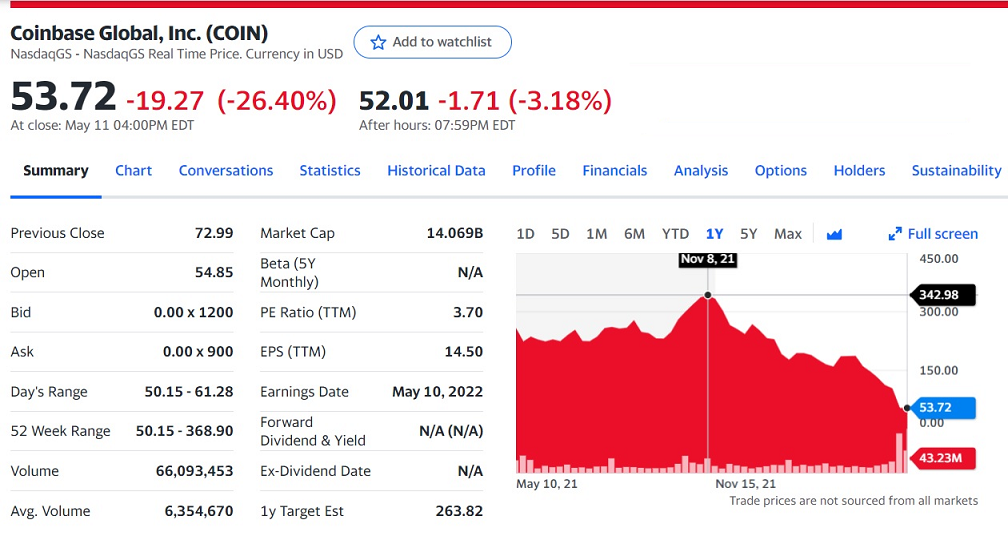