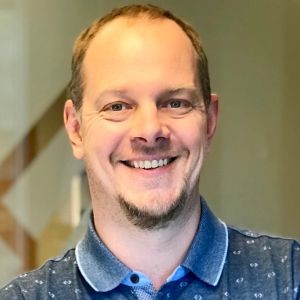 Lauri has been building a B2B e-commerce business for 12 years as a co-founder before joining Monese in 2016 as the Head of Customer Loyalty. Data driven approach, setting up KPI’s and quality standards. Introducing new tools, AI and ML.
Lauri’s current challenge at Monese is taking the business global as its Head of International Expansion.
Monese launched in September 2015 as the first 100% mobile current account in the UK. Fast forward to the present day and Monese have opened tens of thousands of mobile only, on-demand current accounts for customers all over the UK and in 30 EU countries, including Romania.

Monese have been officially named ‘Best Challenger-Bank’ in Europe and have even been awarded €1.1 million by the European Commission for research and innovation!

The company announced at the beginning of May 2019 that 1 million people had signed up for a bank account with the firm. Customer growth has tripled in 2018.

With 75% of incoming funds being from salary payments, and a 9.2/10 TrustPilot score, Monese is one of the most popular and trusted banking services in the UK and Europe.

Demand for Monese across mainland Europe surpassed that of the UK in November 2018, and in March 2019, two-thirds of all sign-ups to Monese were in mainland Europe. Over 3,000 people sign up to Monese daily and customers are moving over $3 billion each year through their Monese accounts.

This website uses cookies to improve your experience while you navigate through the website. Out of these, the cookies that are categorized as necessary are stored on your browser as they are essential for the working of basic functionalities of the website. We also use third-party cookies that help us analyze and understand how you use this website. These cookies will be stored in your browser only with your consent. You also have the option to opt-out of these cookies. But opting out of some of these cookies may affect your browsing experience.
Necessary Always Enabled

Any cookies that may not be particularly necessary for the website to function and is used specifically to collect user personal data via analytics, ads, other embedded contents are termed as non-necessary cookies. It is mandatory to procure user consent prior to running these cookies on your website.