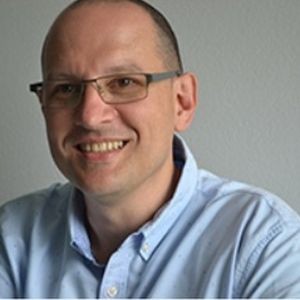 Radu is a graduate from both the French and the North-American research and education systems from which he obtained in 1998 the Master of Science Degree at the Johns Hopkins University (USA), followed in 2001 by a PhD degree at INRIA (France). He has an HDR (Habilitation à diriger des recherches) since 2009 from the University of Lorraine, France.

Starting with 2016 he created the the research group SEDAN (Service and Data Management in Distributed Systems) at SnT at the University of Luxembourg/SnT. Before joining SnT and Luxembourg, Radu was Professor of Computer Science in Nancy at the University of Lorraine and a senior researcher (Chargé de recherche première classe) with INRIA (Institut de Recherche en Informatique), France.

His main research interests are in the areas of Blockchain, Big Data Systems and Network Security, topics on which he supervised and co-supervised in the past 13 PhD students, who successfully defended their PhDs. Radu is currently supervising 12 PhD students and 10 Research Associates working on several industry driven projects with local companies, among which to mention some are: Lgost/Idetect, Telindus POST, OlaMobile, BCEE, ABBL and Choice Technologies. He holds several patents and multiple best paper awards and IEEE honours.

Having developed these partnerships as well as attracted important FNR co-funding cumulating over several millions euros over the last few years, his ambition is now go from applied research to spin-off creations and thus to create both a young and motivated entrepreneurship success story, but also generate high skill job opportunities for PhD graduates.

Radu has been also active in disseminating and promoting science and technology to a larger audience. He has organized several meetups and hackathons in Fintech as a modest contribution within in a larger effort to establish Luxembourg as a leading place for innovation in Fintech. As such, he and his team are the technological leaders of the Infrachain project (http://www.itnation.lu/infrachain-luxembourg-sengage-revolution-blockchain/), aiming at operating a distributed ledger (blockchain) over a heterogeneous IT infrastructure.