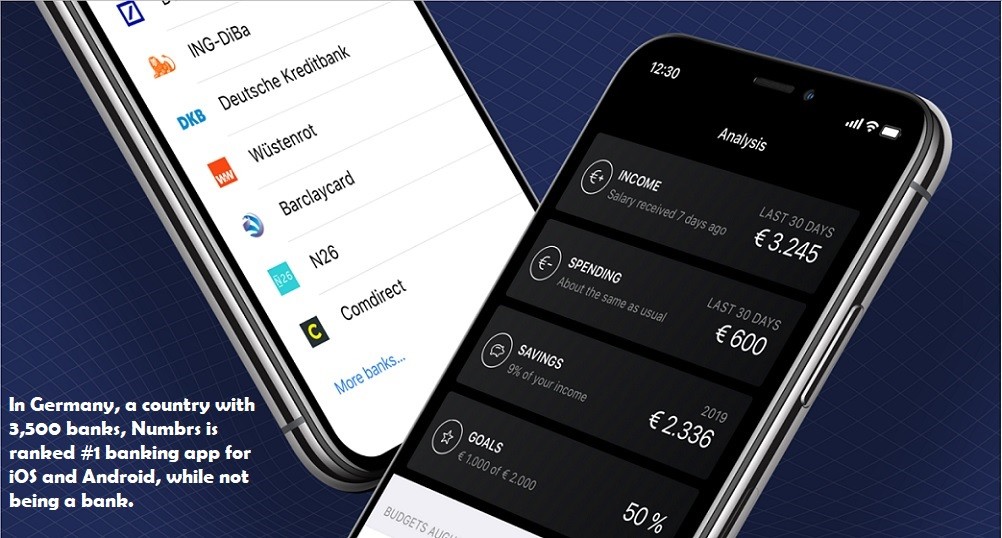 August 24, 2019 / Nocashevents / Comments Off on Swiss fintech startup that offers an independent alternative to online banking becomes a $1 billion unicorn

A Zurich-based fintech firm has raised additional money to value the company at more than $1 billion as it prepares to expand outside its main market of Germany.

Numbrs Personal Finance raised $40 million to bring the total capital invested to almost $200 million. Numbrs offers an app that enables users to manage their existing bank accounts in one place and to buy financial products.

„We have recently raised an additional $40 million, bringing Numbrs at a valuation of over $1 billion, making us one of the very few European Fintech unicorns. Only a few hundred companies worldwide can boast a valuation of $1 billion or above while remaining private. As such, we are now joining the likes of Airbnb, SpaceX, WeWork, or Coinbase… „, the company said.

Numbrs funding consists mostly of private investors. Basically, the company counts 50 indivuals and families among its investors. Why this approach?

„This gave us the time to build the best technology platform in the financial industry. Venture capital and private equity funds tend to have less patience. They get nervous when it takes longer for a startup to earn money”, said Martin Saidler – Founder and CEO at Numbrs.

Numbrs started its story in 2014 and since then, the company have been enabling users to manage all their bank accounts under a single application, and apply for financial products such as bank accounts, credit cards, loans and insurances directly within the app.

„To do so we have secured partnerships with some of the biggest banks and insurance providers such as Barclaycard, Postbank, Santander, Bank of Scotland, Allianz, AXA…”, the company said.

Numbrs is a technology company that develops a leading banking app. With Numbrs, users can take control over their finances entirely independent of banks.

With over 3,500 banks in Germany, Numbrs are aggregating bank accounts from various banks, to give users a superb overview of their bank accounts — all in one app.

Numbrs has many useful functions, like the Analysis feature with automatic spending categorisation, to enable users to see what is essential. The Money Store with its exclusive offers is the easiest and fastest way to apply for the best financial products on the market. With an integrated support chat, users can ask Numbrs financial experts about the ideal product to meet their needs.

Based in Zurich, Switzerland, Numbrs employs more than 100 people from all over the world. Managing 1.6 million bank accounts in Germany, Numbrs is ranked #1 banking app for iOS and Android while not being a bank ourselves.

Year after year more users turn to Numbrs to manage their finances. Numbrs application has now over 2,2 Million downloads. More, the company has over €10 billion in managed assets.